Board and senior management team 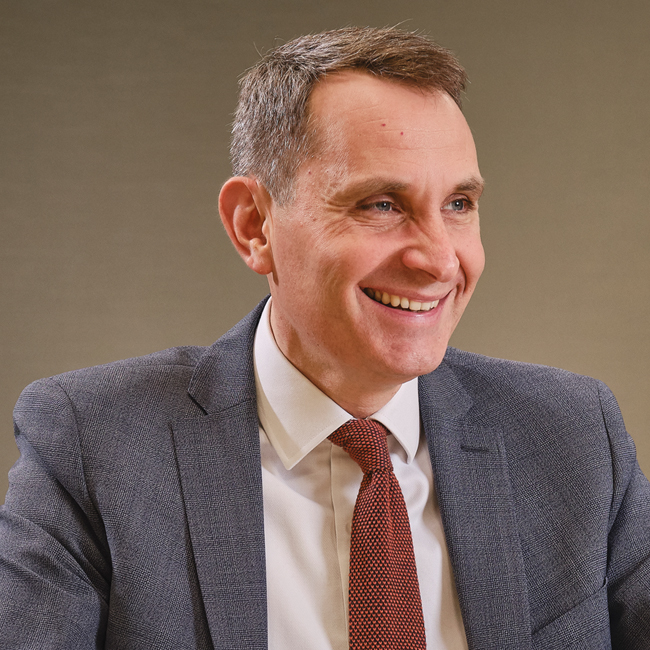 Philip was appointed a Non-Executive Director in June 2015 and became Non-Executive Chairman on 1 June 2018. Philip is currently Chairman of private equity backed Airband Community Internet Limited and a member of the advisory board for the Offshore Petroleum Regulator for Environment and Decommissioning, part of the Department for Business, Energy and Industrial Strategy (‘BEIS’). Philip is the former Chief Executive of the Coal Authority, an arm’s-length body of BEIS. He stepped down as Chief Executive of the Coal Authority in May 2018 after 11 years, and prior to this, he held significant roles with Marconi plc and Deloitte LLP. He is an Associate of the Institute of Chartered Accountants in England and Wales. 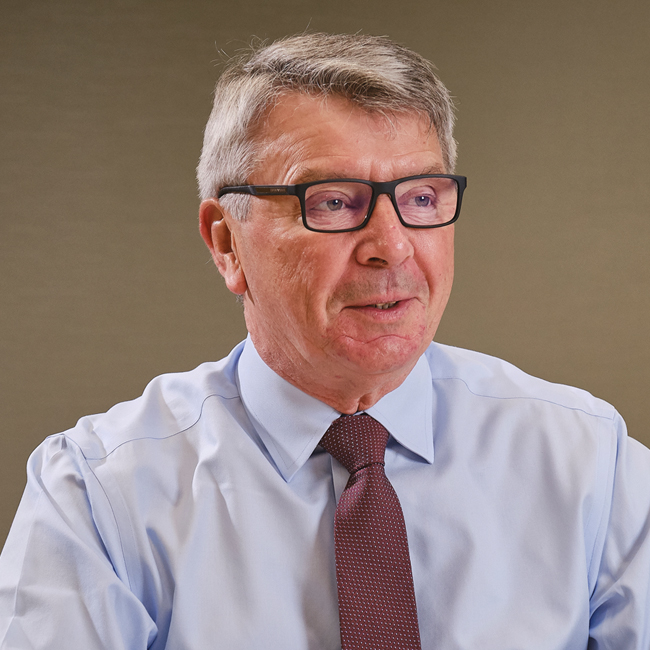 Steve was appointed Chief Executive in September 2016, having previously been the Group Finance Director, a position he had held since joining Headlam in 1991. Steve is a Non-Executive Director of Conviviality Plc, a UK wholesaler and distributor of alcohol and impulse products, and, until his retirement from their board in September 2010, was the Non-Executive Chairman of Synergy Health plc, which delivers outsourced services to healthcare providers. He is a Fellow of the Institute of Chartered Accountants in England and Wales. 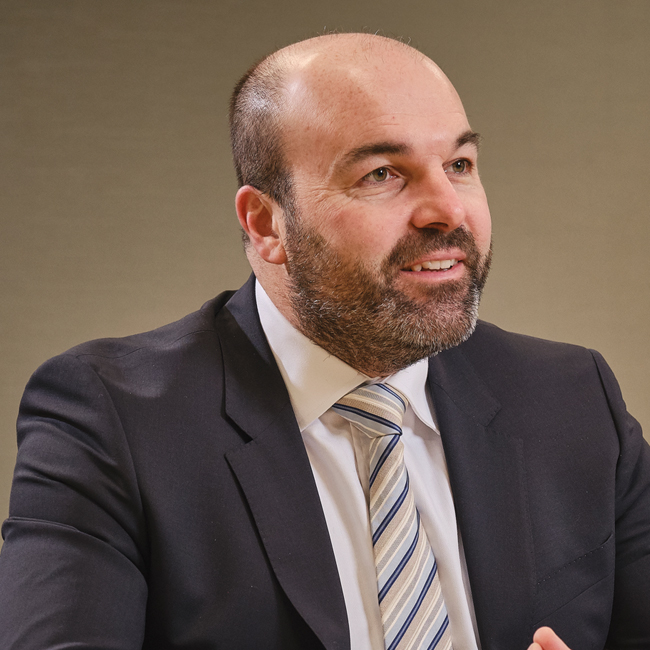 Chris is the Executive Director with lead oversight of Environment and Social & Community matters as part of the Company’s commitment to Corporate Responsibility. 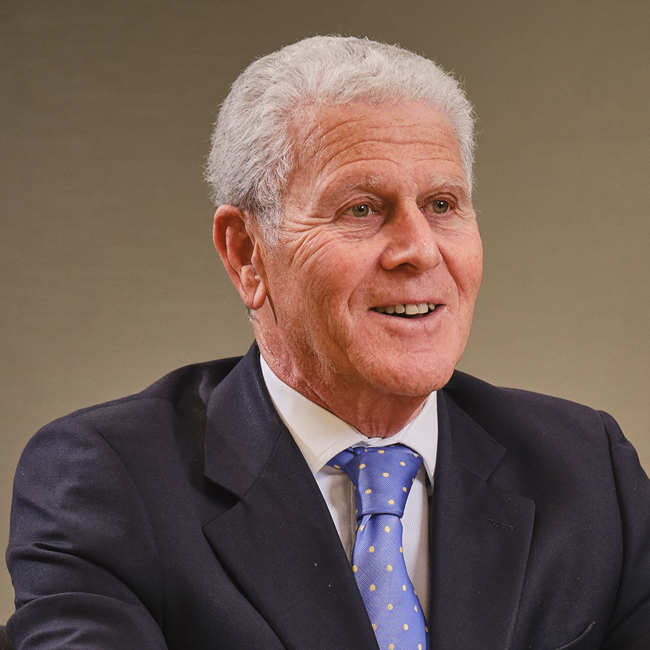 Keith was appointed a Non-Executive Director in October 2018 and was appointed Senior Independent Director on 1 January 2019. Keith is currently Chairman of Revolution Bars Group Plc and Pennpetro Energy Plc and a Non-Executive Director of the London Legacy Development Corporation and Altitude Group plc. In his executive career he was a director of consumer, retail and leisure companies including Ladbroke Group Plc, Carlton Communications Plc and Storehouse Plc. His last executive appointment, which ended in 2009, was Managing Director of Arsenal Holdings Plc where he was responsible for the move from Highbury to Emirates Stadium. Since 2009, Keith has held a number of nonexecutive roles including Superdry Plc, Safestore Plc, Goals Soccer Centres plc, JE Beale Plc and Thorntons Plc. 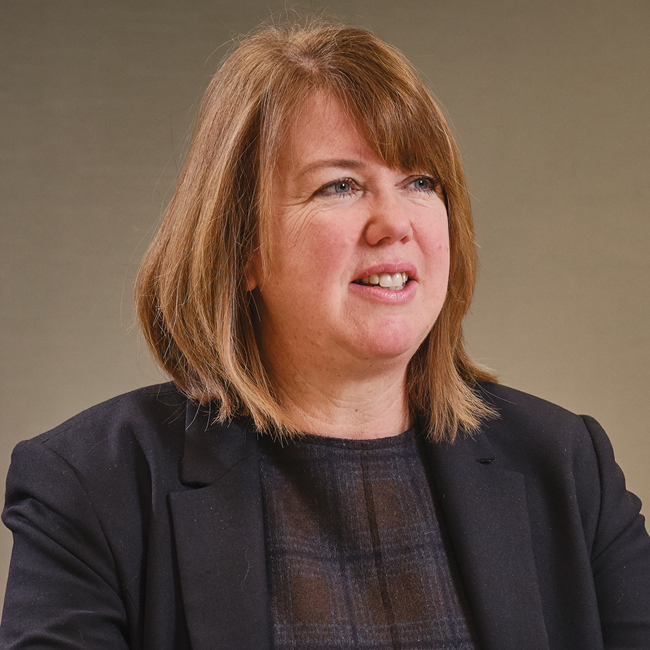 Amanda was appointed a Non-Executive Director in February 2018 and appointed Chair of the Audit Committee on 1 June 2018. Amanda is currently a Non-Executive Director of Impact Health REIT plc and The Brunner Investment Trust PLC. Amanda was a partner in KPMG LLP from 1996 until 2017, when she retired from the partnership, having joined the firm in 1984 and qualified as a chartered accountant in 1987. She has significant experience as an external auditor, working predominately with quoted clients in the retail and distribution sectors. Amanda has also advised quoted companies on corporate transactions and the assessment and remediation of internal controls, and held a number of strategic and line management roles during her 32 years with KPMG LLP. She is a Fellow of the Institute of Chartered Accountants in England and Wales. 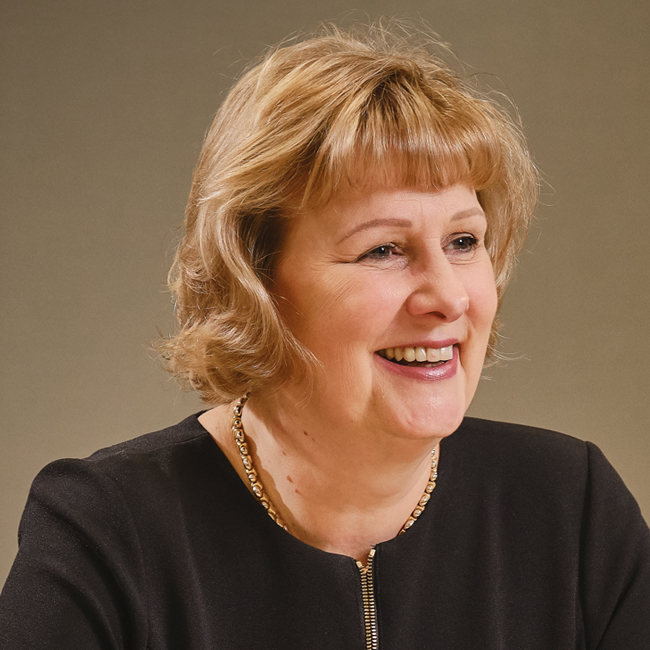 Alison was appointed a Non-Executive Director in January 2019 and was appointed Chair of the Remuneration and Nomination Committees on 1 June 2019. Alison has substantial experience in multinational manufacturing and supply chain operations, and a strong international leadership background of building effective management teams and third-party relationships gained through a variety of senior management positions in Diageo plc and Mars Inc and an Agency to HM Treasury where she was Chief Executive Officer. She is currently a Non-Executive Director at Norcros plc, a supplier of high quality and innovative bathroom and kitchen products, Weightmans LLP, and Geoffrey Osborne Group. 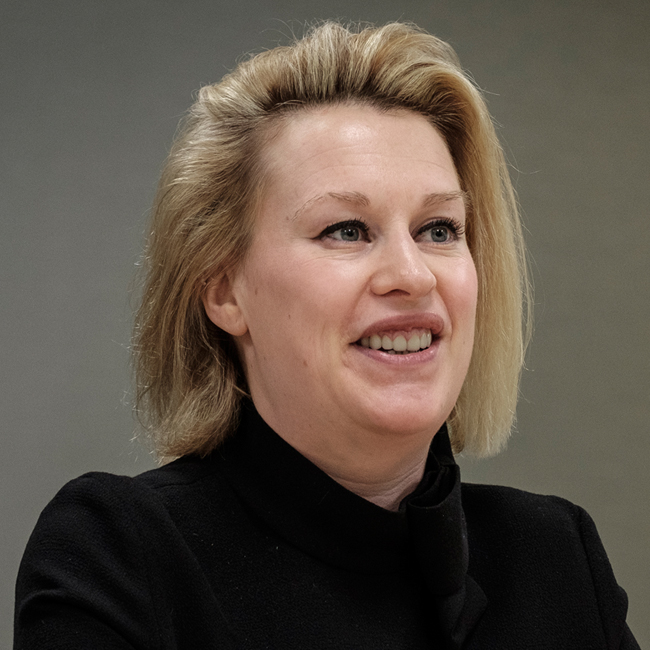 Catherine was appointed Director of Communications in January 2017. Catherine was previously Corporate Broking Director at the stockbroker Arden Partners, where she was an adviser to Headlam. Catherine worked in Corporate Broking for six years advising, and raising money for, a broad spectrum of public companies predominately in the small and mid-cap space. Prior to this she was Corporate Communications Director and Company Secretary at an AIM listed company, and initially worked in the Financial PR industry. 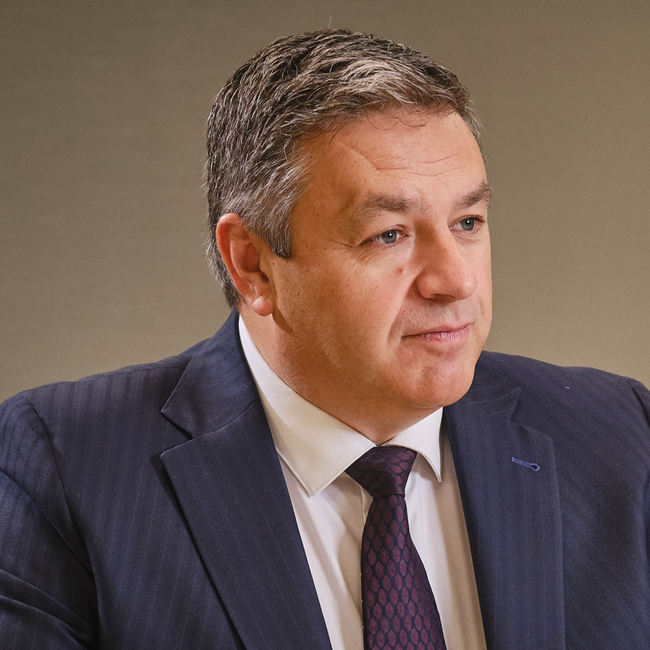 Darryl was appointed Commercial Director in September 2016 assuming operational responsibility for the majority of Headlam’s UK businesses. Darryl joined the Company in February 1994 as Sales Office Manager at Thatcham before progressing to Operations Director. From 2003 to 2015, he was the Commercial Director responsible for the businesses in Coleshill. In November 2015 he was appointed to the Senior Management Team assuming operational responsibility for an increased number of the UK businesses. Darryl has 25 years’ experience in the floorcoverings industry. 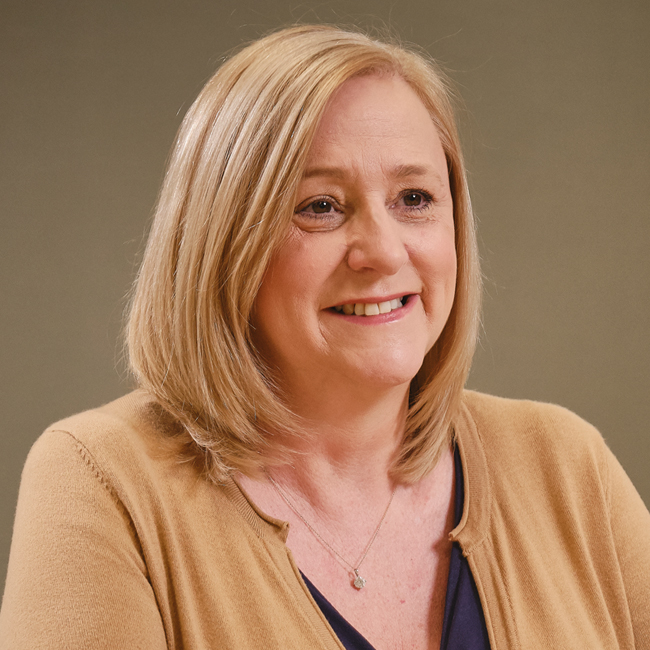 Sue was appointed People Director in October 2017. Sue joined from E.ON where she worked between 2009 and 2017 carrying out various commercial and international HR leadership roles, latterly as HR Director of the global customer solutions division. Sue started her career in retail with commercial and HR appointments including at Marks and Spencer and Arcadia Group. Sue has broad experience in all areas of HR and has contributed to external bodies, including as Chair of the Department for Work and Pensions employers steering group focused on giving more disabled people access to work. 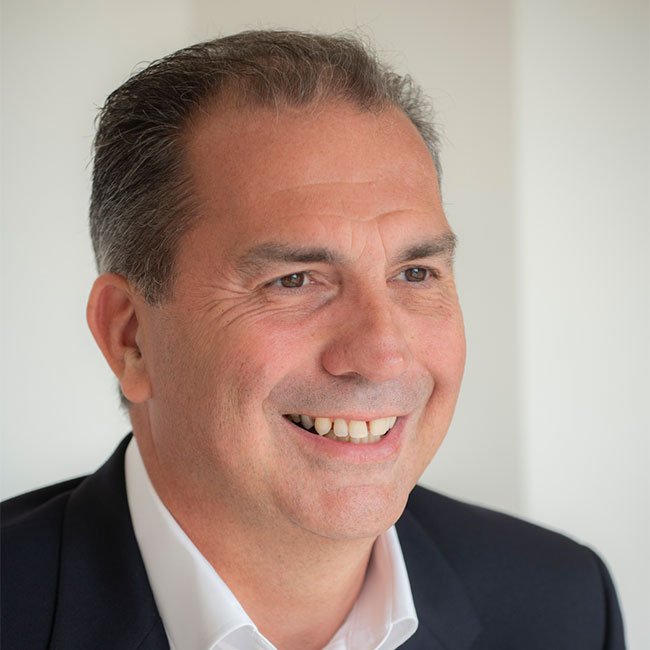 Adrian was appointed UK Operations Director in March 2019. Adrian was previously Chief Operating Officer at Yodel, one of the UK’s largest delivery companies for B2B and B2C orders serving many of the UK's leading retailers. Prior to that, Adrian held roles in the areas of logistics, e-commerce fulfilment and supply chain management at Marks and Spencer, Amazon, Tesco and Home Retail Group. He initially spent 10 years in the Royal Logistic Corps of the British Army, latterly as a Major. 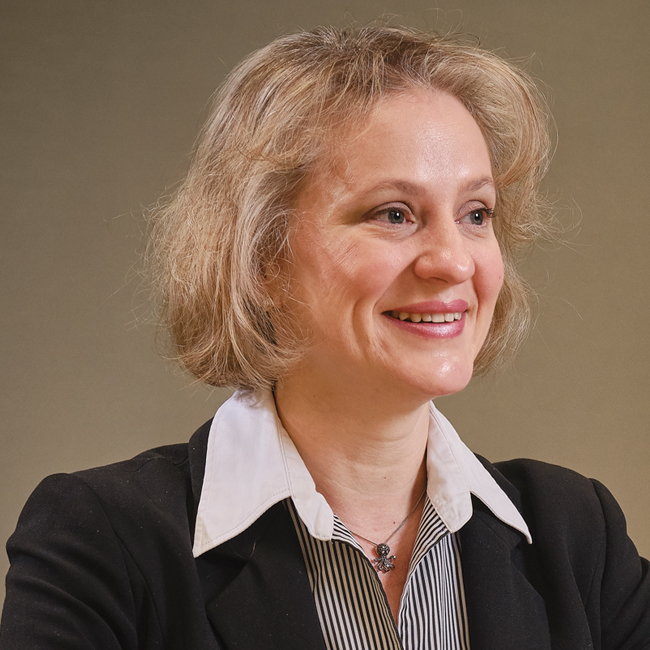